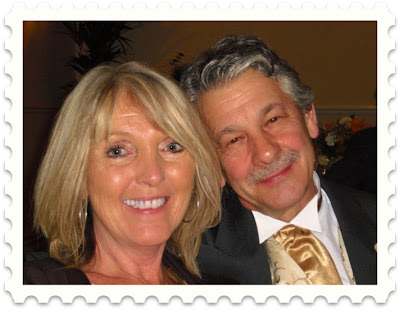 My gorgeous Mum and Dad. 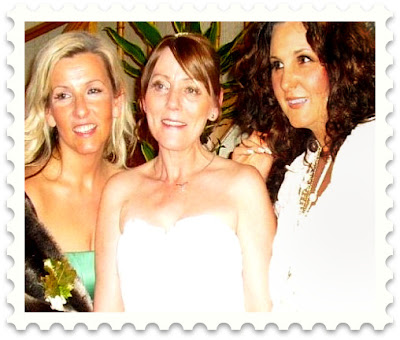 My sister Helen, Barbie and me… 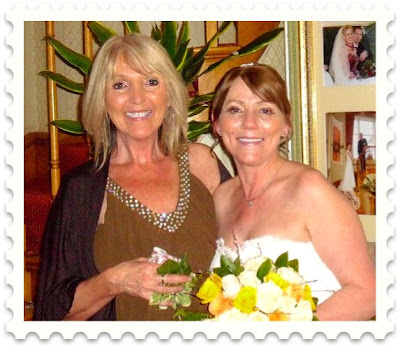 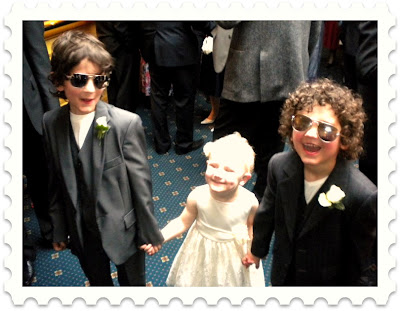 The men in black and their little white Princess …

And so it came to pass that three generations of our family set sail from our respective parts of England and swooshed our way up various motorways to gather on Good Friday in a hotel in Lincolnshire for the marriage of my Mum’s sister Barbie to Steve, otherwise known by the little people as Steve-Break-The-Light because once upon a time he did and it is apparent that some things are never forgotten.

All went swimmingly. My dad gave Barbie away with panache and informed the gathered congregation that as  a child she had had him and Mum deeply harassed and he had been wanting to give her away ever since while I spent an inordinate amount of time asking passing pretty cousins to check the whereabouts of my eyelashes which owing to my truly dreadful ability with make-up and glue were dangling somewhere in my cleavage like spiky spiders for most of the wedding.

But despite such spiky handicaps, my Darlings, I still managed to catch the bouquet by proxy. By proxy because I wasn’t actually there when Barbie threw it, and it was in fact Helen who caught it, but as the very thought of getting married again gives her the heebie-jeebies, she delivered said bouquet to me, and so I declared it a valid catch,  at which point, Richard with the fear of God in his eyes, took me aside and told me, quite sternly, “not to be getting any ideas” and my Mum in defence of my honour informed him that she would never allow her 38 year old baby to marry a man who bore more than a passing resemblance to Heston Blumenthal regardless so let that be the end of the discussion.

And it was, and we went down a line kissing strangers with me introducing everyone to Heston, declaring my intention to run away with the best man who looked in need of a wife brave enough to tackle various sartorial mis-demeanours, and moaning to unsuspecting old ladies about the headache brought about by the application of Cheryl Cole false eyelashes and the impossibility of dating a refusenik. And then I sat  down and behaved myself for ten minutes, until the service of roasted red pepper soup, when having worn myself out pinching Richard while nobody else was looking, mid-wedding exhaustion set in and the eyelashes were peeled off and abandoned altogether because sadly, glamour was never my forte and it is clear from the photos above that though I come from a clan of glamorous slithers of women who all look spookily similar, I am in fact an interloper from the Land of the Brunette Giantesses and will one day have no choice but to step out in search of my people.

Still nobody noticed the intruder in their wake, until she (I) decided to scare the horses and took to the dance floor to perform a rendition of Greased Lightening that had Richard shaking his head in sorrow and shame and my Mum in convulsions. Some sort of divine red sorbet was served, champagne drank and a delicious platter of cheese served at half past goodness knows when, by which time the little boys had abandoned their aviators in favour of skidding on their knees across the dance-floor and many men in earrings, (because it seems that, despite all pertinent advice to the contrary, diamond earrings are all the rage with middle aged men in outback of Lincolnshire) had joined them  in an effort to bring on the kind of heart-attack ready red cheeks that only occur after a little too much beer inspired Dad-dancing to Showaddywaddy.

The night lingered on. Little Kiera, the blonde darling above, continued to shine, and ultimately all our side of the family ended up squeezed into one corner of the room, perched on each others knees and  squashed up on three sofas, where the true extent of the effort exerted by my sister to be sociable was seen in her glazed borderline-demented grin, Richard spilled an entire glass of wine down my front (Though this is much disputed, as it was my wine and I concede that I was indeed holding, said glass at the time), and Barbie, in all her lovely wedding glory turned out to be parading the price label on the soles of her wedding shoes.

It was lovely. About ritual and celebration, family, pretty dresses and kids (read Finley) that wander around in search of balloons while speeches stuffed full of love are made and glasses raised in joy.
Dear Barbie and Steve, Steve-Break-The-Light , please, please, please can we do it all over again next week?