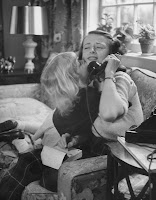 It is three o’clock in the morning when the landing light is flicked on and I hear the thunder of five year old feet bang down the stairs and then, more disturbing perhaps, the house fall back into screaming, noisy silence. For a moment, disorientated, I wonder if I dreamt it, but no, there is a shaft of light poking under my door, and my little boy is indeed wandering around the house when he should be navigating the toadstool sprinkled realms of the Magic Faraway Tree. I run down the stairs calling his name, and find a pajama clad bundle squashed between the red sofa and the bookcase.
“Hello Sweetie, what are you doing?” I ask.

” It’s not quite morning Mummy, so you go back to bed, while I play” he says.
“Well no Darling, it’s still very night time, and you have to come back to bed too.”
“No” he says firmly. And by the looks of it, he means it.

I am flummoxed. I bend down shivering, and try to pick him up, but he will not be moved.

Noooooooooooo, he screams and kicks me sharp in the stomach. His little foot ice against my bare flesh. I grab him, but he is a slippy little fish and nothing he says is making sense. He is kicking and hitting me and now he is crying and we are grappling like world champion wrestlers on the living room floor, and his voice is reaching decibels never heard before and goodness knows what the neighbours must be thinking, because deaf as they may be, don’t they hear every pin drop, every little sigh I ever utter?

And then there is silence. And stillness. And apparently: clarity.

“Kath is hopeless isn’t she Mum?”
Kath is my closest friend and there isn’t a single aspect of her that is even remotely hopeless.
“Is she Finn? Why?”
“The way she walks back to her house is just hopeless.”

And there we are. My son and I: sprawled across the rug, under a I have dragged off the armchair, discussing my dear friends misdemeanors, both our faces wet with his tears. And it is at that moment, as I stretch out one of his beautiful little ringlets, that I remember a line from the book I fell asleep with…

“Ah, the martyr’s robe of single motherhood… you don’t often wear it.”

I remember it because I want to wear it now. Just for a hour or two. I want to wear the martyrs robe of single motherhood, because it is three o’clock in the morning and there is a long scratch burning on my left breast, and he wont walk back up to bed and he is so heavy my back buckles as I struggle back to the bedroom and then he won’t get back in his own bed and insists on sleeping in the gap that is in mine and there is no-one to wake and say, well hell’s bells, what was all that about? There is no-one who will look at the huge big spot flaming on his cheek and look at me and say, no baby, it’s ok, it wont be the dreaded chicken pox. No-one who will make reason out of what just happened because no-one else saw it.

I don’t often feel it, the absence of the other parent. For the most part I revel in being allowed to make singular decisions about how my child is raised, while consulting Mark on only that which I choose to share. For the most part single motherhood offers independence and a huge, daily sense of achievement. It offer’s unparalleled closeness to my son, and perhaps more pertinently, a sense of us against the world baby, unnecessary in more traditional shaped families.

But there is alway an element of loneliness. Something Joanna Trollope explains better than I can, in Friday Nights, when she writes:

“Being alone, Eleanor knew, was not in itself undesirable: it was the circumstances of aloneness that made it either friend or foe. and being alone with a small dependant child, and thus in a situation considered by the conventional world to be ideally a matter of partnership, was not a situation for the faint-hearted. Sometimes, Eleanor though, watching them over the top of her reading glasses, the set of those young womens shoulders indicated that their hearts, for all the outward show of managing, were very faint indeed.“

It isn’t so much the burden of “managing” that contributes to this constant sense of being without something important, so much as carrying the weight of the responsibility that is shaping a childs world. I don’t mean the sheer physical battle that is working, and running a house and bringing up a child on your own. We are, each and everyone of us, capable of that when we have to be, and of course I understand that even some Fathers in stable marriages are able to offer very little help in terms of the physical aspects of parenthood because they are too busy earning enough of a living to survive.

No I don’t think I am referring to the school run, evening bathtime, or even the late night dragging of a mini refusnic up the stairs. It isn’t that the world outside my door ceases to exist after his bedtime, or that adult needs come way behind the teeniest of childish demands. No it isn’t that. The burden comes from the constant questions we load upon our own shoulders. The dailiness of the guilt we learn to live with. It is the never ending worry that there is too much of ourselves in our children. That there is no-one else to dilute the aspects of our personality we would not wish upon our offspring. No-one to help us see that many of our fears are ridiculous. No-one to shine a torch through the dark tunnel of parenthood, and say, well heck, I’m not sure that this is the right way either, but I’ll hold your hand till we come out the other side.

Single motherhood you see is all just grappling in the dark, permanent scratches upon our breast and oh joy, the utter devotion of a child whose random little kisses all too often acknowledge the tiny daily sacrifices we have no choice but to make.

I'd Like To Tie You To My Apron Strings