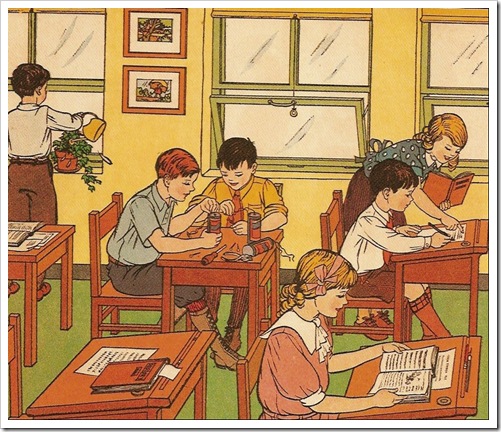 While the journalism in the Daily Mail may border on scaremongering on a daily basis, the writing for women is occasionally excellent if only in terms of its cringe-worthy ability to tell it exactly like it is (excluding anything spluttered from the vitriolic, whinging gut of one Ms Liz Jones).

Take today. There is a laugh out loud funny article by Rachel Halliwell about the Mothers you meet at the school gates, including The Super Mummy, The Yummy Mummy, The Pushy Mummy, The Slummy Mummy, The Right-On Mummy and of course the dear old Earth Mummy, that I defy anyone who has done their time as a grown up on the playground not to find hysterically amusing…

Last year in Keeping up with Mrs Jones I, as a new Mummy at the oh so terrifying school gates, had a minor rant about the same subject, finally declaring that we should “Say be damned to toxic Mummies everywhere!”, but twelve months on as those same Mummies I slated have become part of the fabric of my day, and have ceased to be nameless irritants in head to foot Boden, they have become to my mind at least, rounded human beings with all the same flaws I have. (In better clothes). Yes I could line them up and divide them into groups labelled accordingly, but Rachel Halliwells stereotypes are just that, stereotypes and merely give us permission to feel, for whatever reason we see fit, a teeny bit superior. Because we do don’t we? We set ourselves apart from women who are not the same as us and while simultaneously dying inside from all our own failings as Mummies, declare them wanting for being too pretty, or too neat, or too fussy, or a bit minty or God Forbid, being just too downright, bloody perfect. Which is of course, the height of bloody rudeness and a downright affront to those of whose who barely function at eight thirty five in the morning…

But enough already. As the return to school in these parts, (oh glory be!) looms large on Monday morning, it struck me today that we are all in this together. And that more than that we need each other.

Which doesn’t mean I won’t wander away from Earth Mummy shaking my head in bewilderment or seethe in envy driven fury when I encounter Super Mummy on Monday morning. It just means I’m human right? I’m just a bit more human than necessary methinks. One day I’ll get over myself. We can but dream.

Ladies and Gentleman, as the woman in charge of domestic affairs both here and abroad, it has come to my attention that the humble tea-towel is about to go the same way as our dearly beloved Dodo, i.e, extinct!  Due to the prevalance of dishwashers in even the most vintage of kitchens, it seems that… When I am trying to sleep, there is nothing I hate more than having someone touch me. I simply cannot bear the warmth of someone’s arm across me. The weight of a leg draped across mine. The sound of someone’s breath in my ear. In fact many an unsuspecting bed companion has felt the heat…

Now I suspect I may have raved about this yummy little tin before- old age is creeping in and I am given to repeating myself, but never mind, sparkly sequins deserve their moment of glory and here it is: the very idea of adorning florally old tins with  twinkly things makes me smile. No wonder…

The HouseKeepers Festival. A weekly celebration of all things scrumptiously homely. Contributed by you. With prizes! The Brocante Salon. A fabulous new forum and members area where we can natter  to our hearts  content… HouseKeepers Wisdom. Showcasing all the very best advice contributed by you over the past two years… Other Things To Do At…

During the early fifties (when I was a very inquisitive seven year old), many newly weds in Liverpool started their married life in the front parlour of their parents home. Such was the case of my Uncle John and his new wife Jean, who found themselves enjoying the first throes of marital bliss in my…

By Anne Blythe,Courtesy of "HouseWife Magazine, November 1949." Halloween Games For October 31st. Essential ingredients for a good party? A stock of apples, hazel nuts and potatoes, a hearty appetite, candles and pumpkin lanterns for lighting. Games: (better play them in the kitchen or lift your best carpet) Dookin For Apples. Fill a wash tub…