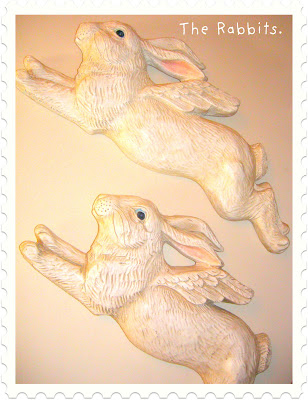 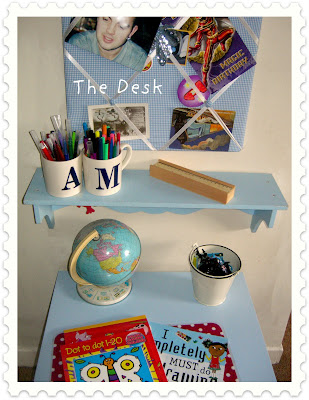 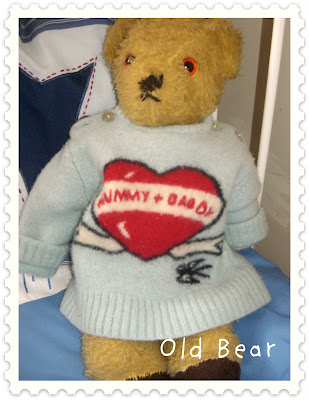 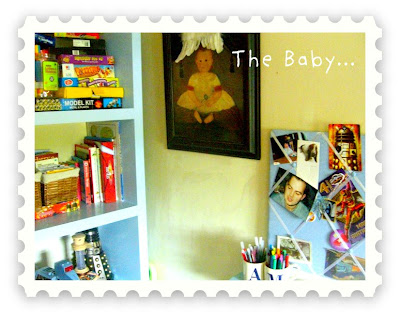 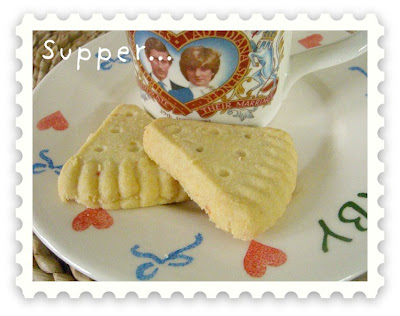 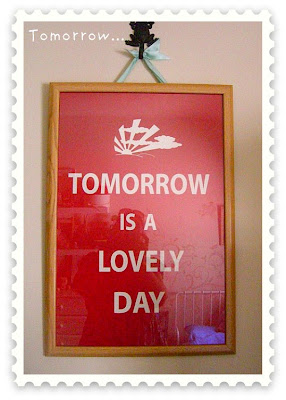 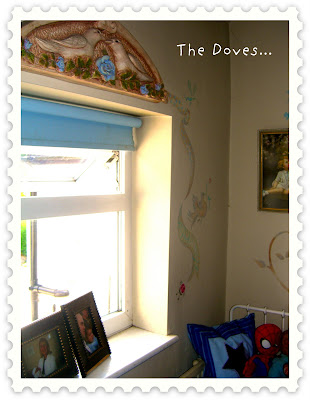 Mummy and Daddy decide baby is no longer a baby and must have a room that both reflects new grown up status and rewards all round bravery and school report of wondrous excellence that made Mummy cry and Daddy wonder out loud if said child belonged to them.
Mummy discusses matter over milky with baby who is a boy and is told in no uncertain terms that under no circumstances must anything be changed, or moved, or heaven forbid it, binned, but he will welcome the purchase of over-large portrait of The Three Ages of Woman by Gustav Klimt, if man who is handy with a drill will hang it over his bed for him. Mummy refuses to purchase said image on grounds of extortionate price and falls victim to tantrum of obscene proportions after which deal is struck that a) Mummy will not force upon child : scary covers, cartoon pictures of anything, or a new rug. And that b) Mummy will not take down anything already attached to walls nor (upon pain of death) paint over his birds.
Child goes to sleep and Mummy crawls around in the darkness snaffling broken plastic wot nots into a bin , then rings estranged Daddy to report results of negotiation. Argument breaks out. Daddy who doesn’t live in house has very strong opinions. Mummy pulls tongues at him down the phone and resolves to go her own sweet way.
Child goes to school and Mummy goes shopping for items that will not compromise existing decoration nor offend child’s peculiarly adult taste. Debates aesthetically pleasing vintage style tin reproductions of Spider man covers circa 1950 but realize they break no-cartoon clause and shuffles back to square one. Buys Tomorrow is a Lovely Day print, blue Laura Ashley rug, bookcase, small table, inoffensive cover and cushion. Resists floral elephant (adorable) doorstop Nana says is deeply inappropriate. And girly.
Mummy arranges for Daddy to come perform miracles. Sets child up with DS and a tray of treats and climbs the stairs ready to do battle with crayoned walls and flat pack furniture, while she kid’s herself that life after pseudo divorce is all well and oh so civilized. Soon finds herself locked in small hot room with the Missing Link , who is armed with hammer and apparently on speed. Or miserable pills. Or both. Argument breaks out. Missing Link is bolshie. Mummy is too thick to be able to judge where furniture should live till she has seen it in situ. Missing Link leaves room to dampen steam coming out of his ears. Says this is why he left! Mummy ignores childish outburst and risks life and limb debating a whole new arrangement of furniture. Daddy drags bed across room and child comes up to investigate goings on. Child has fit because precious rabbits have been moved to make way for bookcase. Says he’s leaving and going to live in Kath’s house. Daddy very, very cross at ungrateful child and imbecile Mother. Daddy drags bookcase across floor and snaps off Bunny Rabbit two’s tail. Mummy loses the plot and has to control violence in her fingertips. Child screams and adds to all round mayhem. Mummy wonders what she ever saw in Missing Link. Nana is called to remove child to safe place so estranged parents can kill each other in peace.
Calm is restored when suitable arrangement of furniture is established. Mummy paints and Daddy drills and swear under his breath just like old times. Room comes together in a snap. Daddy goes downstairs singing and comes back carrying cheese doorstops and strawberry shortbread on coordinating crockery. Mummy recognizes Baby plate and long lost Charles and Diana mug as apology of sorts. She will not however concede that bald head and thirty seven years on the planet make him a suitable partner for a twenty two year old girl. Arranges photograph of said bald head on noticeboard so she can throw darts at it later.
tastes bitter.
Child returns home and wants to know how we can be sure tomorrow will be a lovely day? Mummy and Daddy cheer because child who insists he cannot read, read it all by himself. Child fails to see the joke and fleetingly wears hunted look as if from now he will be relied upon to read The Times…
Dove’s fly, rabbits run, and pear shaped family lives to see another day.

Puttery Treats From The Pinboard…