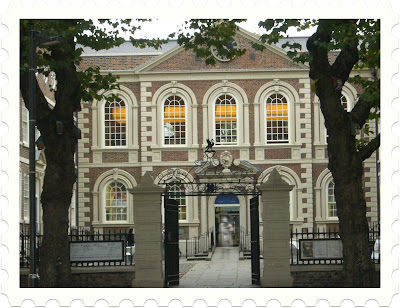 We wrapped ourselves up in autumnal scarves and boarded the train after school. I stared into space while my baby teenager aged six and one month pretended he wasn’t with me because he didn’t like my hat.

At Central Station, Liverpool we disembarked and I bought his friendship with a Thorntons pumpkin lollipop and he insisted I remove my crocheted black beret and be like all the other Mummy’s currently to be seen sporting tatty Amy beehives around town. So I shoved the hat in my , mussed my hair back into frizzy life and dragged my child around my favorite place in the world, the Blue Coat Chambers, once upon a time a school, and now home to a gallery, a restuarant, some oh so pretty little shops and a courtyard where I spent many afternoons as an art student, sunbathing in my dungarees and eating home-made cheese and pepper sandwiches, and now often retreat to to mourn my lost youth. 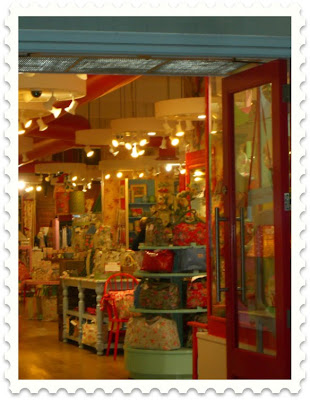 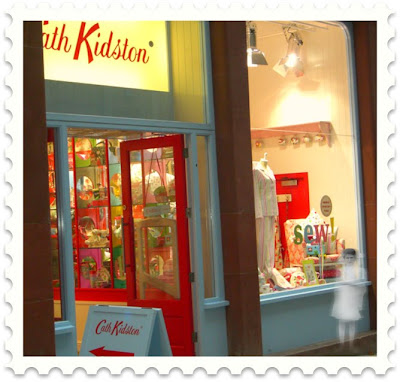 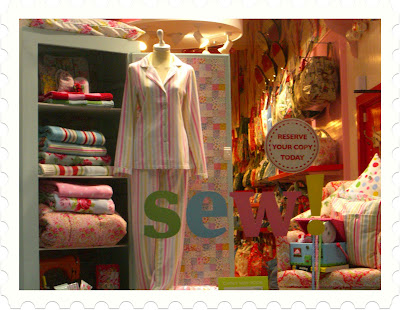 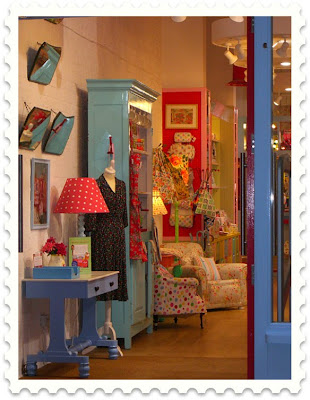 Then we skipped next door to , which to my fantasy ridden mind is rather like visiting a shop owned by my bestest friend, so familiar do I feel with her wares, so eager to call her up and say Oh Cath, if you had asked me I would have told you that next door to the BlueCoat Chambers is a gorgeous place for a Kidston shop, suitably and rather deliciously a little off the beaten track which only adds to the feeling that one has happened upon a star sprinkled Aladdins Cave. Oh and did I mention that I love you more than Russell Brand and can I come and work in your shop please? A feeling clearly shared by Finley who announced he could “live” in this shop before demanding that we make our way to McDonalds and stop “messing around” with “flowery things”. 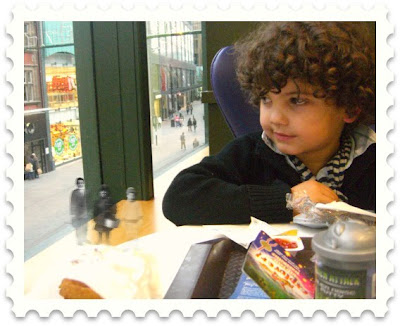 And so because I am the kind of Mummy who likes to do as she is told, that is what we did, and ten minutes later found ourselves sitting in some very fancy schmancy Big Brother style chairs in Mcdonalds, me with an “M” burger and him with two bags of chips in a Happy Meal box which is sadly the only viable option for a Celiac kid in said den of culinary inequity. But he doesn’t care and it’s the experience that counts, even if your Mum has dragged her silly hat back on to attend the cinema with the six foot four one, who took one look at said hat and declared a sudden yearning for a cup of inspired apparently by the cosy on my head.

Ha ha bloody ha. They are ganging up on me Housekeepers. Is it any wonder I felt obliged to eat all the popcorn in revenge?