The Hunch Back of Aughton 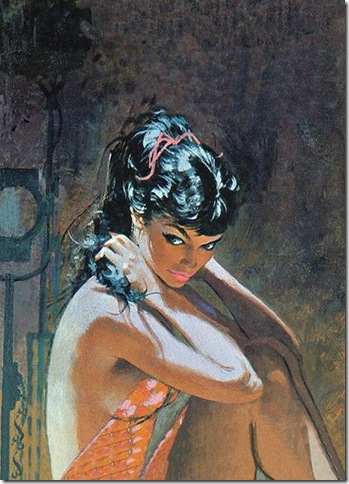 When a relative stranger stops you in the lane and asks you if BrocanteHome is no more, you know it is time to get back to blogging.

Summer swallows time like no other season can and the longer you stay off-line the more absurd the thought of spilling your guts into space strikes you. Surely too much navel gazing could give a girl a hunchback?

And yet there is so much to share. A week in your sisters. A that swallowed you whole and for the four hours it took to read it, tainted your world with it’s own brand of gloom. The death, suddenly, of the first boyfriend you ever had, strands of teenage history tangling up in sheer fright at losing one of their own. Entire days spent watching Finn somersault around the house in his pyjamas, just because he can. An electric shock that turns your index finger bright blue. A six foot four man who continues to make you smile. So much to share.

.
Finley. Exhausted by the sheer effort of having fun he is struck by the baby blues. He is cross with you on many levels: because Daddy has a new girlfriend who steals his precious alone time with him and the dog he is dog sitting for. Because he is fed up with being dragged to the doctors and poked about with in the diagnosis of anaemia and a skin virus. Because he cannot bear the idea of being six and wants to be a baby for ever. Because he does not want to swallow bitter medicine three times a day for the next six months, nor write a postcard to his new class teacher. Because receiving a school report that says

“Finley is a very special little boy, his indomitable spirit has been an inspiration…” does not alter the fact that having a funny foot makes playing football more difficult than it used to be. Because life is just so bloody hard when you are five and eleven months and your Mummy is an “Interrupter” and an “Argumenteter” . Because, because, because…

Helen. A week in your sisters is a week away from the chaos of your own house. A week in a house where everything is easy and only the madness that is a two year old Beagle disturbs your calm. Helen is an astonishing cook. You didn’t know. You develop a passion for the beetroot you have merrily avoided all your life, and inspired by her thin thighs feel the urge to sprinkle flaxseed on Greek yoghurt at silly o’clock in the morning and scour the internet for Kenny Rogers songs wearing straw hats at silly o’clock at night. Occasionally you glimpse the degree to which your relationship as sisters is defined by your roles as children and you do not know how to separate the two. You wish you lived closer.

Richard. He is six foot four but then you do believe you may have mentioned that. He taught himself to knit on jury service, paints pictures, moves bathrooms from one end of the house to another, adores his friends and creates dinner parties that make his guests swoon. He pinches you and has tattoos and never lets you speak and extends his enthusiasm for surface decoration to the very silly car he drives and moans when you watch Big Brother and forces you to watch horror films and makes you laugh so hard you snort and now he has gone to Amsterdam and you will miss him. But there is no angst. For once there is no angst.There are blueberry pancakes on a Sunday morning, Agatha Christie films, and ludicrous arguments about stolen glasses of juice, but, oh bliss, none of that blasted angst…

You. You think you look look older than you used to. Your Dad, in his infinite kindness peers long and hard at your face and announces that wrinkles are patterning your face in the same way they pattern his. You thank him and resolve to sit across the room from him always. You now have two relentless chin hairs and occasionally find yourself squinting to read. The six foot four man is four years younger than you are and never gives up reminding you. Some mornings you believe ambition is being lost in a long hard game of life, and you and the person you could be, maybe should be, lead parallel lives, never the the twain to meet. But you don’t feel demented by it any more. Some days all you really want is a packet of salt and vinegar crisps and a long chat with Kath. You want sun and light nights and Russell Brand still. A record by EverClear on repeat, smoked haddock and a clean sink. You are not sure you want the week in a Windermere hotel with Mark’s Mum next Monday. Windermere is lined with memories of vintage ringed proposals and plans for an Italian wedding that never came to pass and perhaps Mark’s enthusiasm for sending you back there in the company of his Mother is a little ill thought out but it is what it is: five days in a peaceful lakeside town. A holiday after a long spell without knowing the meaning of the word.

Gratitude remains all. Even hunchbacks know that.