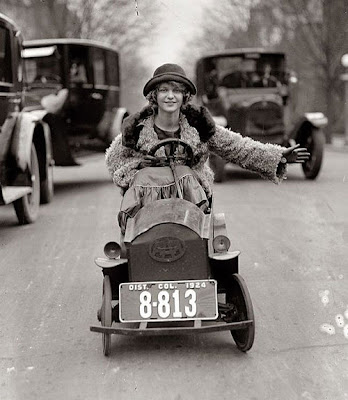 It is two o’clock in the morning when you hear it for the first time. A big bang,then nothing, then a short spurt of what you can only describe as a vibration so noisy the girl in the long blue dress in the gilt frame above your bed cries out in alarm and shakes so much you fear she will land on your head.

You blame the neighbours. You blame an elephant sized mouse. You blame the crazy dance of some hidden silent vibrating toy. You blame yourself. You stare at the child with the broken foot once again, lying radiating heat beside you and wonder whether it was him. You poke him in the chest to check. You are too scared to sleep, astonished that the local neighbourhood watch has not gathered in a throng of unexpected nightwear on your doorstep to seek out the cause of the racket. You are scared. But then it comes again and after that, you lie , staring at the violent red digits of the alarm clock on the bedside table, timing the vibrations as if they were contractions and eventually, soothed by utter exhaustion, you sleep.
In the morning you hand over your son and visit the neighbours. Yes, they nod, they have heard the noise. No, it probably isn’t a rat. But it might be a squirrel or a bird or a passing vagrant come to reside in your loft they say, sheer excitement wafting over their faces. Perhaps they say you could ring the council and play the Single Mummy card? Not before I boil my head you say and wander up the lane to feed your friends chickens.
Millie and Rebecca live in an Omlet and seem delirious with joy. You poke food through the bars and accidentally pour water on Millies head and cluck past yourself in apology. You are tired and it is hot and lovely in this garden, a writers shed, painted pale blue, at the end of the garden, a bench calling your name beside it, vegetables growing in cheerful little patches all around. You could live there for always.
You collect two perfect eggs and debate carrying them back to the house, but Millie and Rebecca have been more than generous over the past week, so you turn left towards town and resolve to gift them to culinary inclined friends who live along the way. It is a sandal day. A sunglasses day. You plod along the lane, through the umbrella of pink blossom, holding the precious warm eggs out in front of you, concentrating on not falling over and stopping when you reach the traffic lights though you will not be crossing the road, but merely turning the corner. But still you stop, head cocked backwards to stare at the lights currently on red. You wait patiently, admiring the larger of the two eggs and keeping your fingers crossed that it is a double yoker till you shift your eyes to the left and see a family stuffed into a tiny car beside you, staring open mouthed at the curious lady with the eggs, apparently waiting for the green light as if she was a car.
You shuffle off in mortal shame, a hot blush scattering across your chest. You are tired. The weight of carrying a plaster casted five year old around has triggered your scaitica, you remain dumped by a ridiculously rude man, the car hasn’t worked since November and clearly the whole matter that is your life is making you bonkers. But you are ok. Of course you are. You exchange eggs for a pot full of oregano, carry on into town and buy wine with which to bribe your Dad into your loft. He is easily bribed and before you know it you are standing at the base of the ladder watching his feet disappear into the ceiling. Yes, he shouts, there is a bloody big hole! No, he shouts, there is no evidence, of animals, flying, farmyard, zoo or otherwise! Oh my God, he shouts, in fright, as he mistakes a pretend little stuffed bird for the real thing, shifts his weight, and cracks the entire ceiling, at which point, you, not wishing to have said Dad land on your head, nor view him come to a sticky end full stop, dash off down the hall and cower in the bathroom while he tries to climbs out the loft without bringing the whole house down.
You wonder what the world is coming to. There is a hole in your roof. There is a crack in the ceiling. You wouldn’t try to cushion your Father if he fell through the ceiling. You eat too many crab sticks though all and sundry tell you they are the scraping from fishermans boats squashed together. You never answer your phone and the weeds in the garden are almost knee high. You have mistaken yourself for a car. A mini bloody metro probably.
But life goes on. You bully your Dad back into the loft to mend the hole, report flapping insulation to the neighbours (who look mildly disappointed), eat more crab sticks, start the monumental task that is murdering the ivy threatening to strangle your house and deliver your son to the consultant in the local hospital who rubs his hands together in mild glee as he informs you that what we have here is not a fracure, hairline or otherwise, but something very rare indeed, known in medical circles as Kohlers Disease, known, for our purposes here on in, as squashed little bone disease, and requiring referal to a bone doctor at the childrens hospital.
Oh yesarooney. A rare foot disease. Though luckily, one, hopefully, without long term implications. A dead bone in his foot. A full bright red plaster cast up to his knee. Half days at school. Beautifully contained frustration coming out of his little ears. Silence in the loft. Chaos in your head.
Time to yourself in for a service. Even old bangers need a bit of TLC from time to time don’t they?

My mornings have been blessed with the washing line acrobatics of my resident robin. My elevenses taken in front of twelve windows full of winter pink sky. All is well, but the slates fell off my roof and landed in my laundry…

BrocanteHome Welcome Lovely People, to a fresh, rather rainy New Year on BrocanteHome. It is nine thirty in the morning and after shuffling one uniform clad child out of the door I am now nibbling on a coffee flavored hot cross bun…

Well now, it has been lurking suggestively in my sidebar for more than two months now, issuing promises of Coming Soon! and really rather remarkably failing to deliver the goods. But no more: no more I say! I have finally snaffled a…

Woo hoo! The Carousel is back in town, so hop on board and let’s go for a spin around all that is scrumptious in this lovely little world!! Oh Ok Spoilsport, enough already with the over-enthusiastic exclamation marks. I agree. Grey chin…

"The small things of life were oftenso much bigger than the greatthings…the trivial pleasures like cooking, one’s home, little poemsespecially sad ones, solitary walks,funny things seen and overheard.Barbara Pym, Less than Angels. Other Things To Do At BrocanteHome Browse the Bookstore Discover…

Well yes I think that just about sums up  the reason I can be seen sporting many an irrational grin in the face of far too much adversity. Leave it to my gorgeous sister to give me  a handful of  pure cosy…